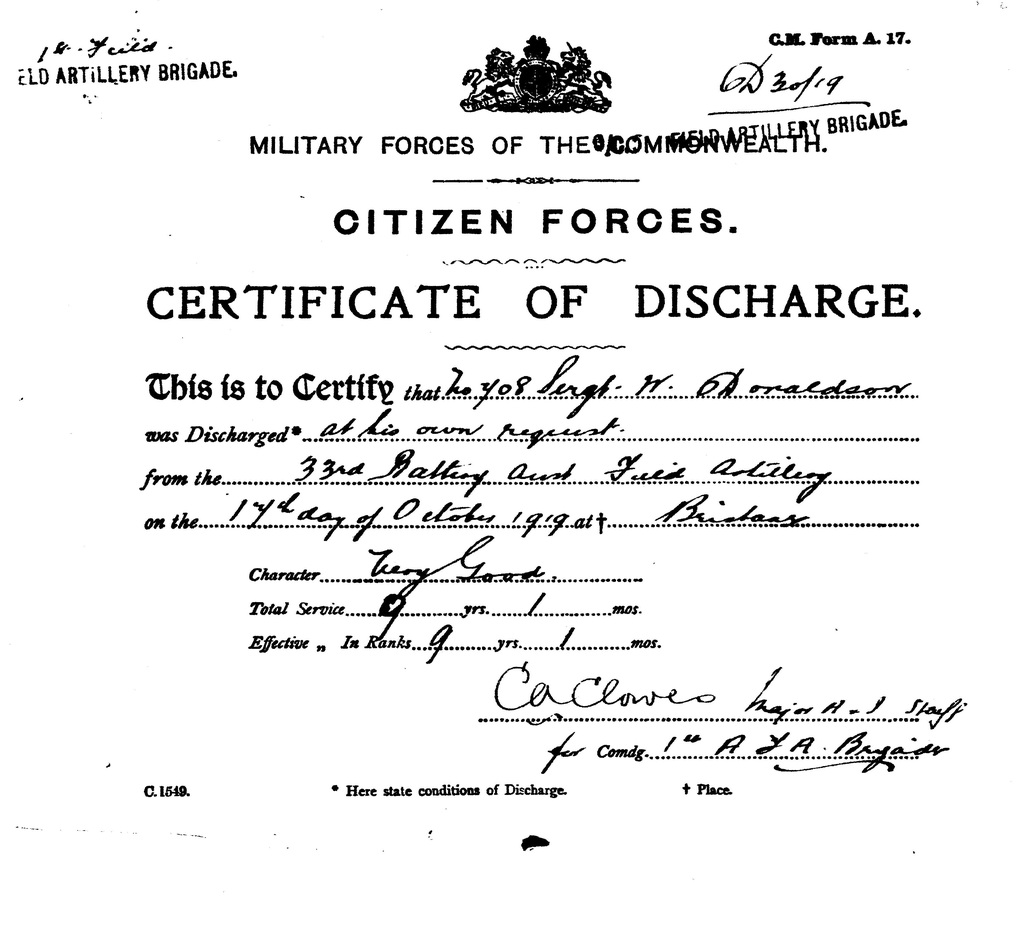 I have been trying to locate details on No 708 Sgt William Henry DONALDSON to no avail.

His grandson gave me a copy of his Certificate of Discharge which shows he served with the 33rd Battery Australian Field Artillery and he was discharged on 17 October 1919 in Brisbane. He had enlisted circa September 1910.

Does anyone have any ideas on where I might find his details.

Any assistance would be gratefully received.

William enlisted in the CMF (Citizen Military Forces or Militia) and there is info here about those records:

As far as I know many of the CMF records were not retained and those that have survived are digitised in Series B4717 and B4747 as shown in the link above.  Many of the Boer war records suffered the same fate.

You can contact the NAA to see if they can find anything or offer other suggestions:

Try going to http://recordsearch.naa.gov.au/ and in the Basic Search type "William Henry Donaldson" - there are a few results, might be one of those.